With Sydney Irish’s visit to Waterloo as this season’s curtain raiser, Quins’ last pre-season trial game was met with some enthusiasm, had it not have been for the early Saturday rise.  Despite the glorious weather at Rose Bay, the Harlequins again arrived with 2 teams to face the home Woolahra Convicts and would-be poachers Maccabi RFC. 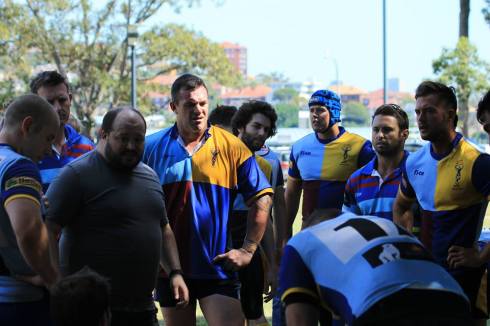 With a looser-structured format of 20 minute games, Harlequins lost only one such period, improving throughout the day in spite of warm temperatures.  The drama can be summed up by the 2 coaches, Giles Chisholm:

This week saw a XV again made up with a broad mix of experience, age and knowledge, yet brimming with enthusiasm. We saw some strong improvements across the field, most notably the forwards being able to turn momentum and hard running (though present last week) into quality ball for the back line.  The extra time together and better ball gave the back line a more slicker and confident look which was dangerous and constantly broke the gain line. Stand-out performances for me came from Matt Fisher and Luke Elford, who showed great leadership when playing with a far less experience forward pack. Great running, too, from Zach Meredith in his second ever game of union since converting from the dark side of league.  In summary, I was as equally impressed with the team as I was disappointed with Biscuit dropping the ball with the try-line begging/pleading…

The first grade, although missing a number of potential players particularly in the backs showed great ability to change our style of play when up against differing levels of ability. After a dominant but fruitless first 20 minutes, the team regrouped and showed their quality in the next 40, controlling the games through strong forward runs and good recycling of the ball.  More work needs to be done here and in connecting backs with forwards, but it was very positive to see the marked improvement from one game to the next.

With Easter weekend in the way, we have 2 training sessions to get fit and raring to go. 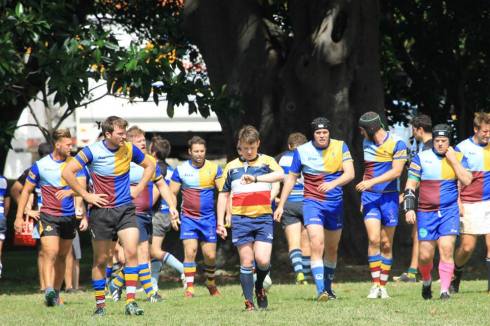 Where are the Quins?